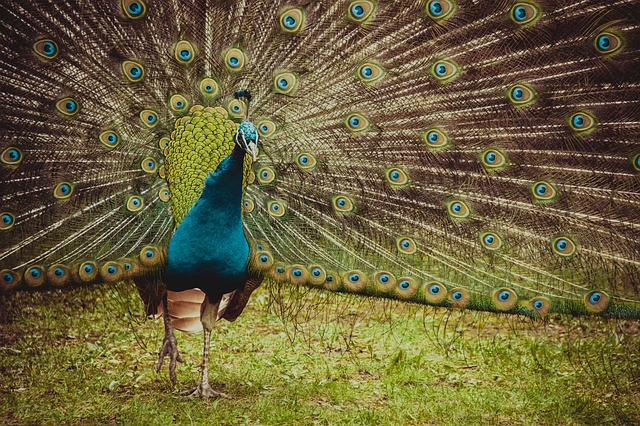 Sooner or later,  if you’re doing work of interest to others, you’ll be asked to get up on the stage and perform for an audience. Whether you’re giving a conference, moderating a panel, pushing your ideas in front of a distinguished assembly of colleagues or board members, fulfilling a mundane obligation by making a toast, or pitching a project to potential funders, it’s all pretty much the same show business. If you hoped that you could read laboriously from a paper, then save everyone the pain: send your input by email and stay home. And if you thought of yourself as someone who shines naturally, with no need for prompts or preparation, well, ask yourself: you wouldn’t want to watch a spectacle that hasn’t been rehearsed, so why impose one upon others?

Performing has a purpose and a structure. Its raison d’etre is the function you are expected to assume, whatever that may be given the context: typically, it’s a mix of informing, entertaining and convincing, packaged in different ways according to the nature of the event. Fundamentally, the stakes are akin to writing: What do you know that the audience doesn’t know and should know? Why do you believe that it is so important that they do? And what’s the best way of leaving, in that respect, a lasting impression on them?

The means to that end bring the structure into play. Any oral intervention has an opening, a body and a punchline. In the case of a substantial oration, the opening very quickly does three things: it checks some formal box, typically by offering succinct thanks for the opportunity to speak; it creates, whenever appropriate, a more personal and emotional connection to the public—through an anecdote, a joke or some form of confession; and it frames the rest of your intervention, by stating upfront the pertinence of what you have to say.

By contrast, the aimless “throat clearing” of meandering introductions only leaves your audience wondering what on earth this is about and how long they are going to have to put up with it. The endgame must therefore be clear from the outset: your opening is there to tell people why they should hear you out. The public must feel that you’re taking them somewhere that arouses their curiosity. Of course you don’t have to say everything from the start: you’re introducing a form of calculated suspense, which suggests a direction and sparks an expectation that you tacitly pledge will be met.

What do you know that the audience doesn’t know and should know?

The body will vary considerably per the format of the exercise. An hour-long lecture will require a lot of “filling”, with ample illustrations, digressions, discussion of nuances, references to other people’s work and so on. A five-minute pitch will be packed only with punch. You’ll organize your intervention based not on how much you have to say, but on how long you can or must retain your audience’s attention. The very distinct challenges posed by an auditorium of students who have no choice but to sit there and a dinner where people will grow impatient within minutes will naturally lead to entirely different deliveries.

That said, the actual structure, the rhythmicity of your performance will always flow from the sequence of your arguments. As in analytic writing, that’s the backbone of your message, and the rest is simply there to give it life. This is why any oral presentation, whether prepared or off-the-cuff, can be brought down to core arguments, quickly memorized or carefully jotted down—a maximum of two or three in a brief and spontaneous interjection, all the way to the interlocking components of a complex theory spelled out in an amphitheater.

Because they organize the flow of your intervention, these arguments must stand out, as if you were speaking in bold. That doesn’t allow you to belabor the point. Make your case as quickly and effectively as possible, with just enough explanations and illustrations to establish your argument, and move on to the next one, in a sequence whose cadence greatly contributes to retaining your public’s attention. People generally get an idea fast or not at all. Dwelling on it doesn’t help; usually it only reveals that you’re not quite sure of what you’re saying in the first place.

Compelling presentations often string together a compilation of thoughts you’ve already conveyed and tried out on other occasions—in interviews or meetings, maybe. These are components you already feel comfortable with, can pick from, narrate more vibrantly and “storify.” Your focus then becomes the transitions from one to another and the general flow of your intervention.

The punchline is something mildly dramatic to end on. You could be circling back to your opening, and nailing in your original message. You could sum up what you’ve said with something witty—a catchphrase that grabs people’s imagination. You could reinject humor. Basically, come up with anything that signals you’re done. The power of your punchline will come from the climax that hopefully occurred just before, as you wrapped up your argumentation to rest your case.

Beyond its purpose and its structure, a good performance can’t do without a personal touch. People will listen keenly to you not just because the substance of your intervention is interesting, but because they feel they are connecting with you as a person. An important rule, therefore, is to accept that you, as a “performer,” must give away something of yourself. A businessman put it starkly, as he coached the guest-of-honor ahead of a fundraising dinner: “you don’t have to sell your body, but you do have to show your legs.”

In truth, there is nothing debasing to it: what the public wants is no striptease, but a form of communication that is reasonably intimate and sincere. Techniques such as deep breathing, posture, eye-contact and so on only help remove what would get in the way of a more controlled expression of your personality. Too much technique turns you into another droid speaking on CNN or giving a TED talk. Admitting your limits, sharing more personal views, experiences and doubts, can all be part of a good delivery.

In sum: make strong, structured points in convivial ways. The easiest way to do that is to remember what a privilege it is to speak publicly about issues we take to heart. If we are grateful to the public and enjoy the moment, we’ll make it enjoyable to (almost) everyone.